Take 7: From Here to the Future

One of the reason I like Sci Fi is because of my mom. She loved it. I came to love them too. When I came out of the hospital, I remember that I had my Netflix account. I decided that I was going to watch all the Sci Fi I wanted. So I watched Gattaca, Dune, Bladerunner, The Matrix and many more.

Dune - the best film I've seen in 2021. I liked the first film with Kyle Mac Lachlan, Sean Young and Sting. I was glad that it was made. But this second one is better. I can't wait for the sequel.

Elysium - this film is about a boy who wants better things in the future but he wants a better future for all the people in this world.

Oblivion - in this film a man who is guarding the present is thinking about the past. In it he remembers a person who he should know. But his present partner says its best if they forget the past and remember what their future holds.

Gattaca - a man wants to make himself the best he can be so he can be an astronaut. But in this future, he will have to be what the future wants or he'll get caught.

Jumper - a boy becomes a man (David Rice) and he can jump from his life into another life and back again. But he is in love with a girl and he wants to protect her. But there are bad men against David and he tries to flee them.

Divergent - in this film a young girl (Tris) becomes something she's not entirely sure of. Because of this, she's capable of being the most important thing.

Insurgent - this is the sequel to Divergent. Tris is becoming who she wants to be.

Allegiant - the final movie in the Divergent series.

Bladerunner 2049 - this is a film where a Bladerunner (K) comes across a secret. It could cause chaos. Ryan Gosling and Harrison Ford are amazing. 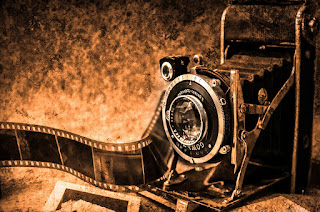 July 12, 2022
It was one morning of May 2021. I woke up and I couldn’t speak. I didn’t know I had a stroke. I carried on as though I was okay. I even tried to negotiate with my guest when she was leaving. I tried to talk but only mumbles came out of my mouth. She left me with a big hug. I knew something was wrong. I tried to call my cousin, Michelle. With a few grunts, I convinced her to come round to my place. In the end she came round and she was very worried. She stayed with and we had lunch together. After she left, I called my friend in Sheffield, Bev. I tried to say what was wrong with me. I couldn’t speak. She rang my neighbour, Kathy. Kathy was out with Nelson, her fabulous dog. Bev rang her so she came round. When she came to my house I was sitting in the dark. Bev said she should call an ambulance. I took the phone from her and shook my head. Before long my neighbours Lizz and Leo came to see how I was. Kathy told Leo to ring the ambulance because I took her phone. She did not know w
12 comments
Read more