Take 6: The World at War

The main reason I watch war films at all is because of my dad. It started with films such as The Guns of Navarone and The Day of the Jackal. The older I got the more I realised I'm more interested in films detailing Resistance action or those which have a psychological component to them. In all honesty, war will never be one of my favourite genres but there are some undeniably brilliant films in this category which simply cannot be ignored. So here goes with the ones I declare as absolutely standout.

Escape to Victory - My dad loved this one too. It contains a cast of favourites, including the fabulous football skills of Pele. It's dated I grant you but not to be missed. Avoid the remake if at all possible.

Good Morning Vietnam - a Robin Williams classic dealing with a war the US would rather the world forgot. The fallout from their involvement is still very much with us today. The main thing which drew me to this film was that is reminded me of the fabulous television series MASH.

Enemy at the Gates - pyschologically superb with an excellent cast of actors from both sides of the pond.

Green Zone - based on a true story and starring one of my favourite actors, Matt Damon.

Defiance - a film about Russian Resistance fighters, starring Daniel Craig and Jamie Bell. I found this film completely by accident when I was trawling through Film 4 a while back and have rewatched it several times since.

Bridge of spies - a list of war films is incomplete without at least 1 spy movie in the mix. There is not much to say about this except that it's brilliant. Not the conventional spy film so don't expect car chases and much in the line of secret codes. But the acting all round is off the charts great.

Hotel Rwanda - Harrowing is the only adjective to describe this one. If you're at all sensitive or squeamish then DON'T watch it. If you do watch it, keep several boxes of tissues handy or a well padded shoulder to cry on.

Eye in the Sky - Helen Mirren once again shows what a superb actress she is. The film also deals with the dilemmas faced by soldiers trained to operate drones and the weighty decisions forced upon those in command. 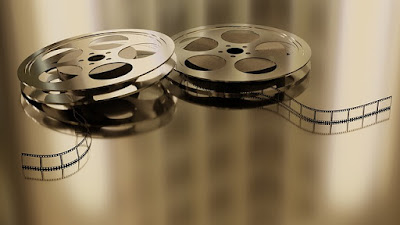