The Children Are The Future

August 26, 2013
#I believe the children are our future
Teach them well and let them lead the way
Show them all the beauty they possess inside
Give them a sense of pride to make it easier #

Yes, the lyrics of that Whitney Houston song are completely smaltzy. But you have to admit that there's a certain something to them, particularly the second and third line of the chorus.

Now I truly believe those words. I'm not going to be around in about 70 years but my cousin's kids will be. And all those kids I chained to their desks when I was a full time teacher will be too. If obesity and all its related illnesses doesn't get them first, but that's a whole other blog.

So these kids, they're a kind of legacy. Right?!

And childless though I am, I still have this weird maternal instinct to do right by them.

With this in mind, my dream job has always been to combine my passion for writing with my desire to pass on knowledge.  Even better if I could also foster a love of reading and literature in the young people I work with. When I was a teacher I was able to do this to some degree. But I always felt that the strict perimeters of the curriculum meant I couldn't quite do it justice.

Then last year I was approached by a young teacher called Darren Goode. I had been his mentor when he was a student teacher. And he had this brilliant idea for a supplementary school. He wanted to know if I'd be interested in helping him create a curriculum with a focus on creativity. 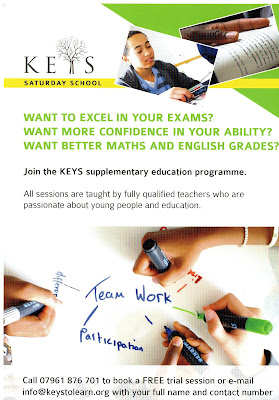 So I've had a full year of working with Darren and his team at KEYS and Part 1 of my dream agenda seems to be panning out.

But what about Part 2?

So imagine my delight when I found this. 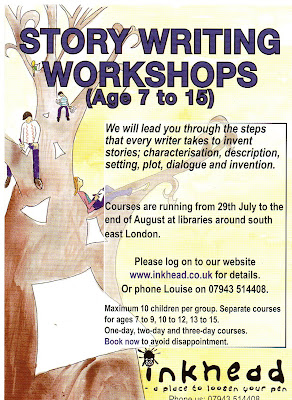 I'd love to be a part of this. It sounds like the perfect addition to what I'm doing at KEYS.

So with my heart in my hands, I dashed off an email to Louise (founder of Inkhead) and then sat chewing my nails to the quick as I waited for a response.

On opening Louise's reply my heart was beating a ridiculously loud tattoo that could equal anything produced by the Scots guard in Edinburgh.


Kids, watch out - I'm coming and I have a mission.

I believe the children are the future!